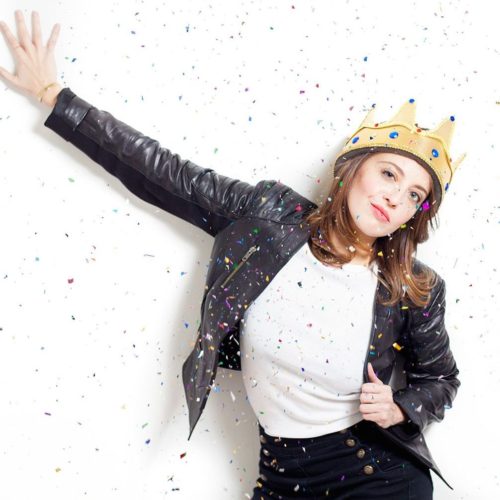 I’ve lived many lives: first theater, then sketch comedies, then improv, then writing. After that I started coaching and of course, I’m involved with a million other hobbies. I need to be doing a lot of things to feel satiated. I’m just following what interests me.

But now it seems to be all coming together. I consider myself to be a multi-potentialite. There’s still the six-year-old in me who wants to be ballerina, an astronaut, a piano player, the list goes on. In my coaching, I encourage my clients to honor every avenue and every medium and then find ways to bring it all together.

The skills I learned through comedy and improv have really helped me as a coach. Through improv, you become a professional listener. You become a reader of subtext and you’re able to be truly present with people.

I make a point of blending artistic elements into my coaching, especially for homework assignments. We do too many things in a cerebral way. It’s so important to incorporate elements of music, writing, or art so that we’re able to truly experience our inner intuitive.

In my own life, everything I’ve done has come about has because I saw it as missing in my life. When I was an actor, there were no scripts for women. So I realized I had to write them for myself. So I became a writer. But then I realized that writing the script was only the beginning. The sketch needed to be produced. And so, I became a producer. All of these steps were just ways to fill the holes I saw.

I remember the first piece of digital content I made. I didn’t know what I was doing. I looked on Craig’s List and found the film equipment I needed. But then I needed to transport it. So I rented a moving truck. I was just making it up as I went along.

But I believe more than ever that you can’t wait till you’re “ready.” That moment will never happen. You just have to do it. And by doing so, you’re then qualified to do it.

I’ve noticed that women in particular wait to be given permission. We have to fight that tendency and just get started.

I definitely learned how to stand up for myself by being a woman in comedy. Comedy is a really misogynistic field. In late night comedy, women make up only 25% of talent and women of color make up only 7%. It’s a real problem.

People talk a big talk about bringing more women in, but when it comes to actually hiring, the people in power do what they’ve always done. The reality is that dudes hires dudes. As women, we need to continue to pursue positions of power. Then we can be in the position to hire who we know. We have to be the boss.

That’s what motivates me. I want to have enough power so I can greenlight stuff that’s making the world better and hire who I want to hire.

We need to stand in our turf and stand up for justice whether we’re a doctor, lawyer, baker, or coach. We need to make the world a fairer place that honors everyone’s values. Today, more than ever, we need to tap into our activism and make our voices heard. 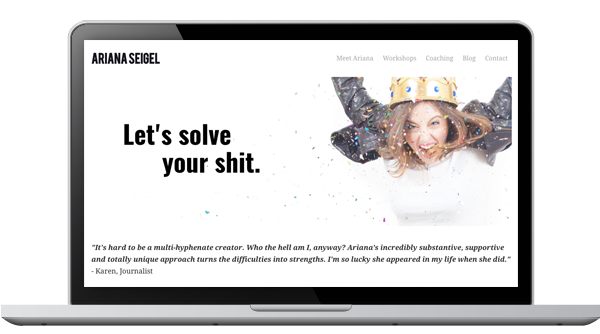